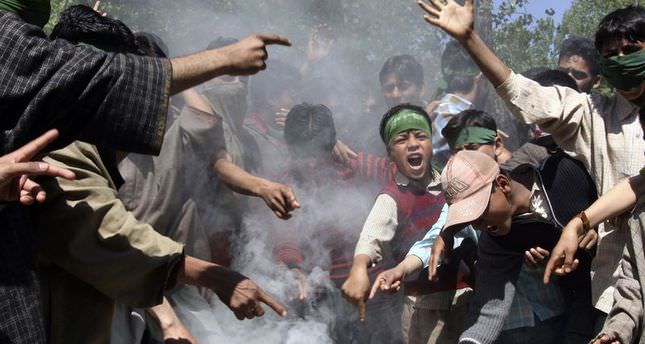 by Associated Press
Apr 25, 2014 12:00 am
SRINAGAR,India — Hundreds of Kashmiri protesters hurled rocks at polling stations in the disputed Himalayan territory yesterday and shouted "Down with India!" on a major day of voting in the country's general election. Indian forces used tear gas and wooden batons to disperse the protesters, but there was no disruption in the voting, a police officer in the area said. He spoke on condition of anonymity because he was not authorized to speak to the media. With 814 million eligible voters, India is voting in phases over six weeks, with results expected May 16. The protests in Kashmir came as millions of people turned out in 11 states Thursday for the second-biggest day of voting in the election. Indian Kashmir elects only six members for the 543-member strong Indian Parliament, but voting there will take place over several days due to security concerns.