North Korea poses threat to region and to US: Obama 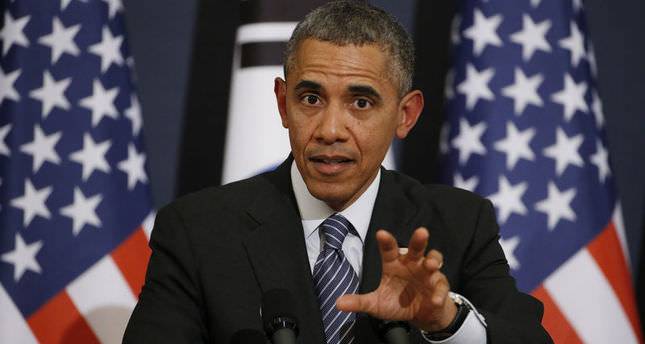 by Apr 25, 2014 12:00 am
SEOUL — U.S. President Barack Obama said on Friday that reclusive North Korea posed a threat not just to the region but to the United States and that he hoped China would use its influence to rein in its ally.

In March, the North warned it would not rule out a "new form" of nuclear test to boost its nuclear deterrent, after the U.N. Security Council condemned Pyongyang's launch of a mid-range ballistic missile into the sea east of the peninsula.

North Korea has been under U.N. sanctions since its first nuclear test in 2006, banning it from conducting atomic and missile tests, barring U.N. member states from weapons trade with Pyongyang and financial transactions that facilitate them.

It regularly threatens the United States and South Korea with destruction.