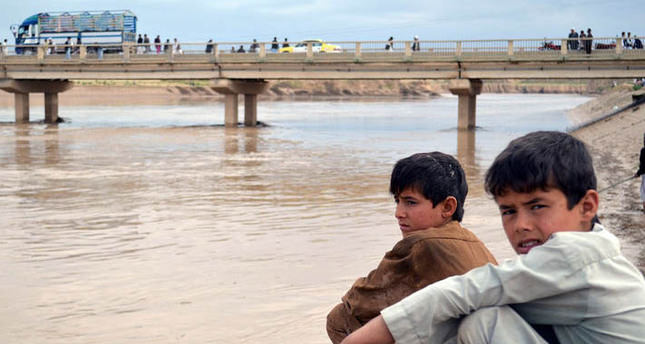 by AA
Apr 26, 2014 12:00 am
MAZAR-I-SHARIF, Afghanistan — At least 100 people have been killed and thousands of homes have been damaged after flash floods ravaged northern Afghanistan, authorities said on Friday.

The governor of the Faryab province, Mohammadollah Betash, said 33 people had died there and more than 8,000 people had been displaced.

The northern province of Jowzjan stands as the most affected area, as the floods have claimed at least 53 lives so far, according to the province's deputy governor Abdurrahman Mahmodi.

Sar-e Pol Governor Abduljabbar Hakhbin told Anadolu Agency that six people died in the province and 17 others were reported missing.