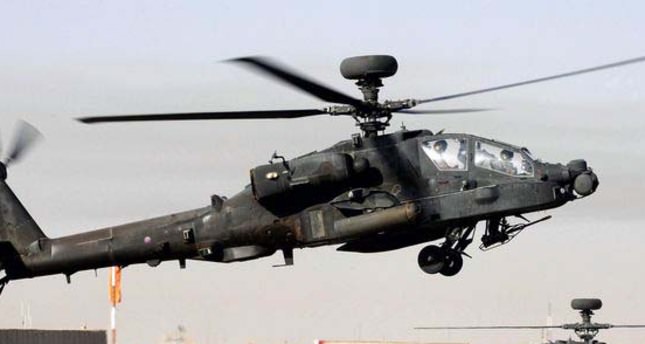 by Anadolu Agency Apr 26, 2014 12:00 am
KANDAHAR — Five NATO-led service members were killed when a helicopter crashed due to technical failure in southern Afghanistan on Saturday, the coalition forces and a provincial official said.

Foreign forces casualties have fallen in the past few months, as U.S.-led forces start to wind down operations ahead of a year-end deadline to leave Afghanistan.

The United States has been at odds with President Hamid Karzai who has refused U.S. entreaties to sign a bilateral security agreement that would permit about 8,000 U.S. troops to remain in the country after the formal U.S. withdrawal at the end of the year.

The leading contenders to replace Karzai have, however, said they will sign the agreement to allow the small contingent of U.S. forces to stay in the country for counter-terrorism and Afghan training purposes.

Since the start of the year, nearly twice as many foreign civilians have been killed in attacks this year compared to foreign troops. At least 24 foreign civilians, including doctors and journalists, have been shot or killed in bomb attacks.
Last Update: Apr 26, 2014 5:09 pm
RELATED TOPICS