Afghanistan set for 'second round' in presidential vote 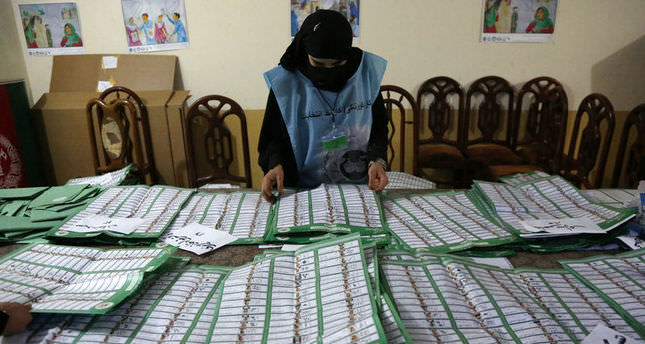 Independent Election Commission head Yusuf Nuristani added that Ashraf Ghani was second with 31.5 percent of the vote and Zalmai Rasoul third with 11.5 percent. Abdul Rasul Sayyaf took 7.1 percent.
Nuristani said the next four candidates received only five percent of the total vote, adding: "Elections will probably go to the second round."
According to Afghanistan's election laws, if none of the candidates get 51 percent of the votes, a runoff between the top two candidates if necessary.
Eight presidential contenders participated in the April 5 elections and around seven million people voted on election day.
Last Update: Apr 27, 2014 4:29 pm