North Korea says army must develop to beat the US 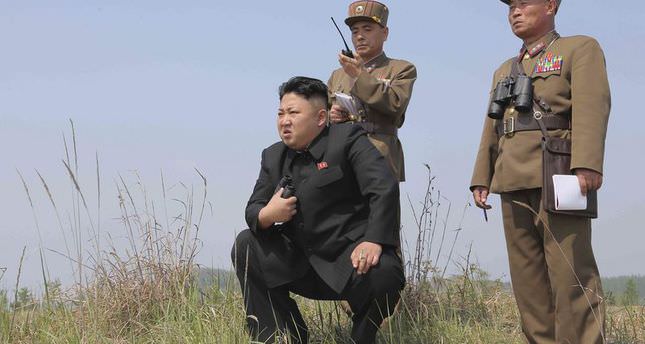 by Apr 27, 2014 12:00 am
SEOUL - North Korean leader Kim Jong Un urged the army to develop to ensure it wins any confrontation with the United States, the reclusive country's news agency said on Sunday, a day after U.S. President Barack Obama warned the North of its military might.

Kim led a meeting of the Central Military Commission and "set forth important tasks for further developing the Korean People's Army and ways to do so", KCNA news agency said.
Obama said on Saturday on a visit to Seoul, where the U.S. army has a large presence, that the United States did not use its military might to "impose things" on others, but that it would use that might if necessary to defend South Korea from any attack by the reclusive North.
North and South Korea are still technically at war after their 1950-53 civil conflict ended in a mere truce.
The impoverished North, which routinely threatens the United States and the South with destruction, warned last month it would not rule out a "new form" of atomic test after the U.N. Security Council condemned Pyongyang's launch of a mid-range ballistic missile into the sea east of the Korean peninsula.
North Korea is already subject to U.N. sanctions over its previous three atomic tests.
Recent satellite data shows continued work at the nuclear test site in North Korea, although experts analyzing the data say that preparations do not appear to have progressed far enough for an imminent test.
"We don't use our military might to impose these things on others, but we will not hesitate to use our military might to defend our allies and our way of life," Obama told U.S. forces at the Yongsan garrison.