3 Pakistani children killed in a blast 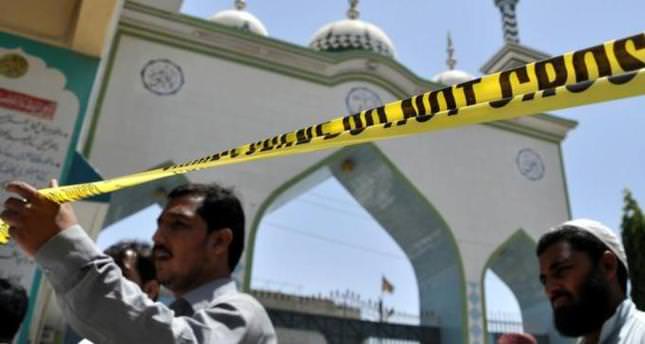 by Anadolu Agency Apr 29, 2014 12:00 am
ISLAMABAD — An explosion has killed three children and injured at least 10 others, at a religious seminary in the Pakistani city of Karachi on Monday, according to aljazeera.

The attack at the Jamia Masjid Tahiriya madrassa was caused by a hand grenade thrown inside, according to police sources.

On April 24, police officer Shafiq Tanoli and three others were killed when an IED went off near his residence in the old fruit and vegetable market area of the city.

A day later, four people were killed and 30 injured in an attack outside a mosque in the Delhi Colony area of the city.