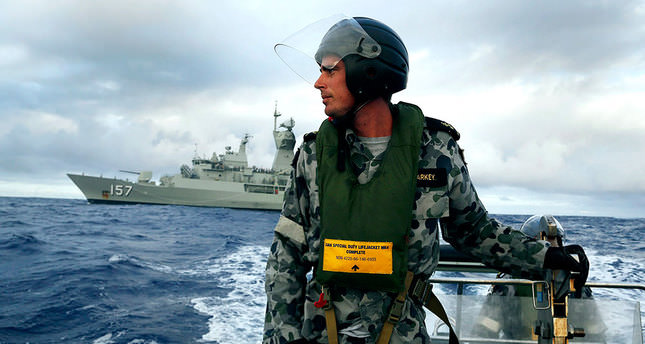 by Associated Press
Apr 29, 2014 12:00 am
KUALA LUMPUR, Malaysia — The countries looking for Flight 370 are working to assess the credibility of a survey company's claim to have found possible plane wreckage in the northern Bay of Bengal, Malaysia's defense minister said Tuesday.

The location is far from where the underwater and surface search has been concentrated for weeks.

Australia-based GeoResonance Pty Ltd. stressed that a link to the Malaysia Airlines plane missing since March 8 was not certain, but it called for its findings to be investigated.

The company typically uses multispectral imaging, radiation chemistry and other technologies to look for oil, gas or mineral deposits before digging is begun. It used the same technology to look on the ocean floor for chemical elements that would be present in a Boeing 777: aluminum, titanium, jet fuel residue and others.

A statement released by the company said it identified a location with those substances about 190 kilometers (118 miles) south of Bangladesh.

Malaysian Defense Minister Hishammuddin Hussein said Tuesday that China and Australia were aware of the announcement. "Malaysia is working with its international partners to assess the credibility of this information," a statement from his office said.