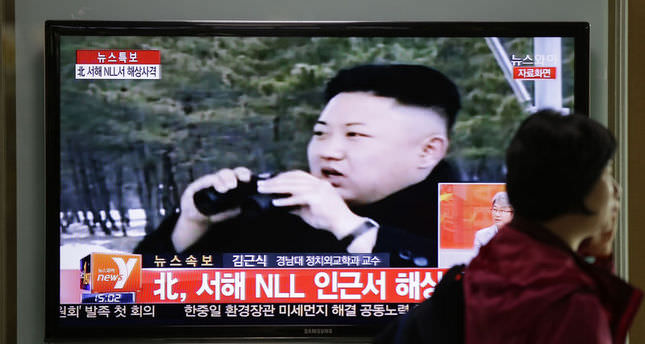 by Apr 29, 2014 12:00 am
SEOUL — North Korea conducted live fire drills on Tuesday in two areas near a disputed sea border with South Korea that have been the scene of deadly clashes and where they fired hundreds of artillery rounds only weeks ago.

North Korea conducted similar drills in late March, firing more than 500 artillery rounds near the Northern Limit Line (NLL), a disputed maritime border that has been the de facto sea border since the 1950-53 Korean war.

More than 100 rounds landed south of the border during that drill, prompting South Korea to fire hundreds of rounds back into the North's waters.

The latest round of firing began in mid-afternoon. No rounds appeared to have landed south of the NLL border, a military official from the South said.