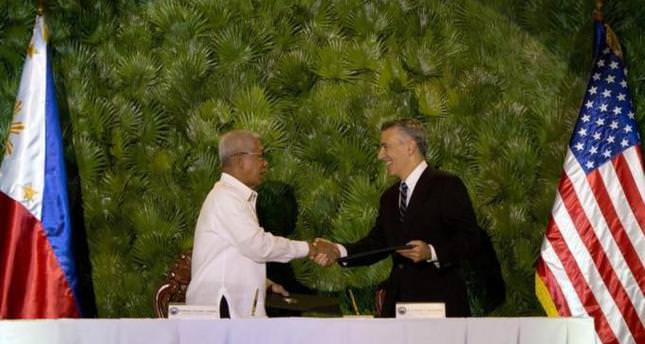 by Apr 29, 2014 12:00 am
MANILA — Washington has signed a new defence agreement with the Philippines as U.S. President Barack Obama landed in Manila as part of an Asia tour aiming to reassure allies wary of a rising China while avoiding antagonising Beijing.

The ten-year deal, signed by Philippine's defence minister Voltaire Gazmin and US ambassador Philip Goldberg on Monday, will not allow Washington to establish a permanent base in the Philippines or bring in nuclear weapons to the country.

However, it will allow more of the high-profile war games that are regularly conducted by the long-time allies and for some US military hardware to be stationed on Filipino soil, as part of a US rebalancing of military power towards rising Asia.

During an Asian tour that has taken him to Japan, South Korea and Malaysia, Obama has repeatedly warned that small nations should not be bullied by larger ones, a clear reference to China's increasingly sharp geopolitical elbows.