Dozens of Taliban killed in attack on Afghan troops 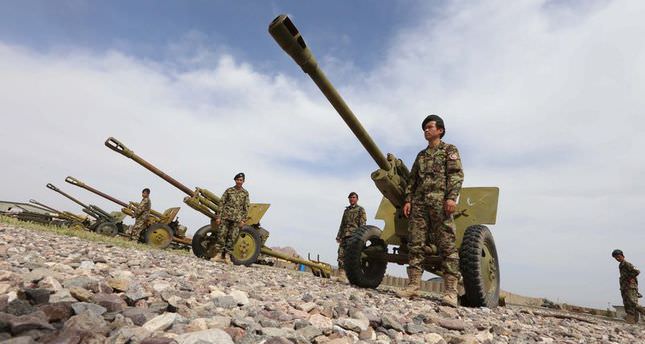 by Apr 30, 2014 12:00 am
KABUL — Dozens of Taliban militants were killed after they launched an attack on Afghan army forces in the eastern province of Paktiya, the Defense Ministry announced yesterday. "More than 500 domestic and foreign militants attacked the army forces Monday night," Defense Ministry spokesman Zahir Azimi said. "The attack left 49 militants dead and scores injured," he wrote on his Twitter account. He said five soldiers were killed, six wounded and one was captured by the insurgents. Elsewhere, two foreign troops were killed by rebel attacks in eastern Afghanistan, the NATO-led military alliance said Tuesday.The International Security Assistance Force said the troops were killed Monday, but did not give details about the nationalities or the location.