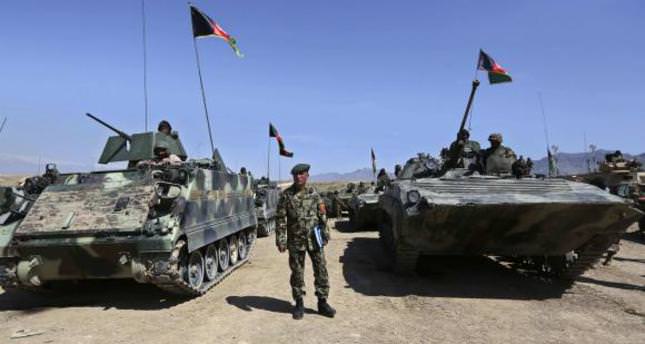 by reuters
Apr 30, 2014 12:00 am
NEW DELHI — India has signed an agreement under which it will pay Russia to supply arms and equipment to the Afghan military as foreign combat troops prepare to leave the country, in a move that risks infuriating Pakistan.

Under the deal, smaller arms such as light artillery and mortars will be sourced from Russia and moved to Afghanistan.

But it could eventually involve the transfer of heavy artillery, tanks and even combat helicopters that the Afghans have been asking India for since last year.

India has already been training military officers from Afghanistan, hosted a 60-member Special Forces group last year in the deserts of Rajasthan and supplied equipment such as combat vehicles and field medical support facilities.

But the decision to meet some of Afghanistan's military hardware demands - albeit sourcing them from Russia - points to a deepening role in Afghanistan aimed at preventing it from slipping back into the hands of the Taliban and other Islamist groups that are hostile to India.

It comes as China, another big player in the region which borders Afghanistan via a small, remote strip of land, is preparing for a more robust role in Afghanistan, also concerned that the withdrawal of NATO troops will leave a hotbed of militancy on its doorstep.

Like China, India is unlikely to put boots on the ground to reinforce its strategy in Afghanistan.