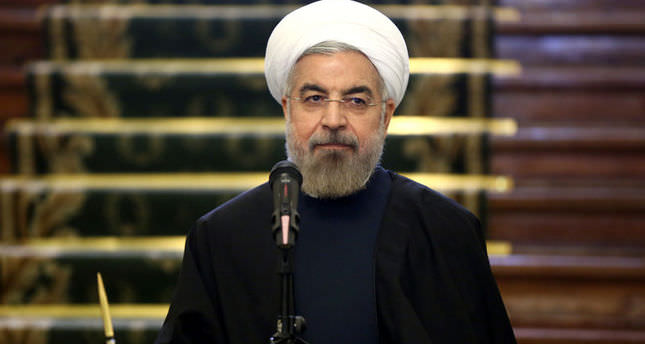 by Anadolu Agency
Apr 30, 2014 12:00 am
TEHRAN — President Hassan Rouhani, in a riposte to hardliners who suggest he is capitulating to the West, accused critics of his government on Tuesday of using lies and exaggeration to oppose his policies, including Iran's nuclear talks with world powers.

In an interview on state television, Rouhani suggested his critics were a "tiny minority" who had profited from sanctions and feared losing out if curbs were removed with an eventual resolution of Iran's nuclear dispute with the West.

Rouhani and his negotiators have been under strong pressure from hardliners opposed to the talks with the United States and five other powers seeking curbs on Iran's nuclear programme in return for an end to sanctions against Tehran.