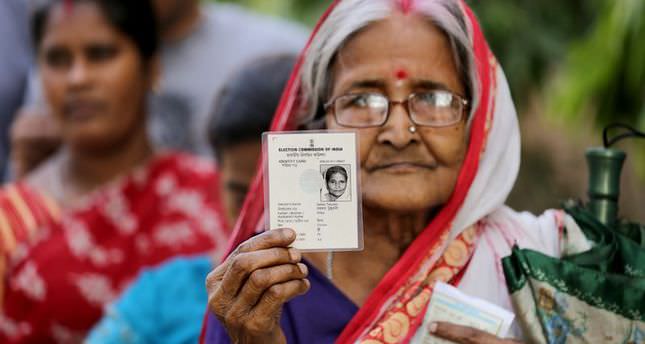 by Anadolu Agency Apr 30, 2014 12:00 am
NEW DELHI — India's national election is set to enter in its seventh phase of voting Wednesday, with seven states and two federal territories going to polls for 89 seats.

Srinagar, the capital of Jammu and Kashmir, will join constituencies key states Uttar Pradesh – which elects the most lawmakers – Bihar in north India and West Bengal in Wednesday's voting.

The hotly contested election has been fought in nine phases from April 7 to May 12 around key issues of corruption, inflation, unemployment, anti-incumbency and secularism. The election results will be announced on May 16.

Around 815 million registered voters are expected to cast their ballots, an increase of 100 million new voters compared with the 2009 election.

According to opinion polls, the BJP, which has been in opposition for the past two terms, is expected to form the next federal government.