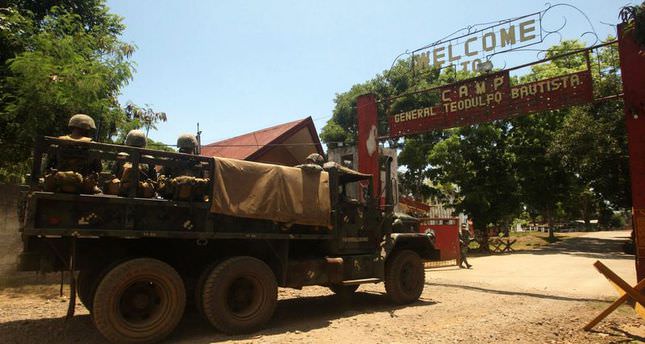 by AA
May 01, 2014 12:00 am
ZAMBOANGA CITY,Philippines — Government forces engaged the Abu Sayyaf in a fierce gun battle in the troubled southern Philippines' island province of Sulu yesterday, leaving 14 bandits and a soldier dead and several others wounded. The incident occurred the day after troops shelled a fortified camp belonging to the al-Qaeda-linked group and captured a jungle encampment. Armed Forces of the Philippines' Western Mindanao Command spokesperson Capt. Maria Rowena Muyuela said the early-morning fighting erupted after an undetermined number of heavily armed AbuSayyaf attacked a military-controlled camp in Patikul town.