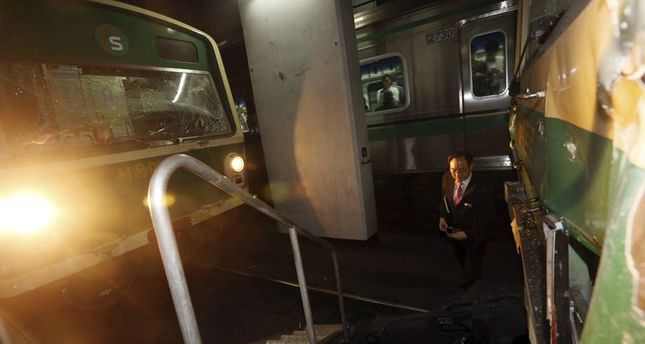 by May 02, 2014 12:00 am
SEOUL — South Korea suffered its second serious transport accident in less than a month on Friday when a subway train in the capital, Seoul, crashed into another one at a station, injuring 172 people although no one was killed.

The accident came just over two weeks after a South Korean ferry capsized and sank leaving 300 dead or missing in the submerged hull of the ship in the country's worst disaster in 20 years.

Most of those hurt in the mid-afternoon accident on Friday appeared to have suffered minor abrasions, according to emergency officials at Sangwangsimni station in the east of the capital. Hospitals said the most serious injuries appeared to be concussion.