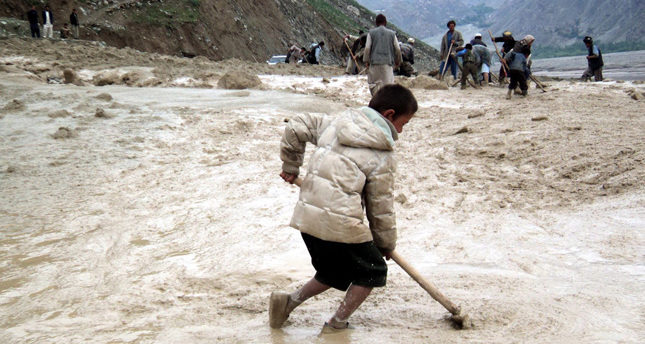 by May 02, 2014 12:00 am
MAZAR-I-SHARIF, Afghanistan — Afghan officials gave up hope on Saturday of finding any survivors from a landslide in the remote northeast, putting the death toll at more than 2,100, as the aid effort focused on the more than 4,000 people displaced.

Officials expressed concern the unstable hillside above the site of the disaster may cave in again, threatening the thousands of homeless and hundreds of rescue workers who have arrived in Badakhshan province, bordering Tajikistan.

"More then 2,100 people from 300 families are all dead," Naweed Forotan, a spokesman for the Badakhshan provincial governor, told Reuters. 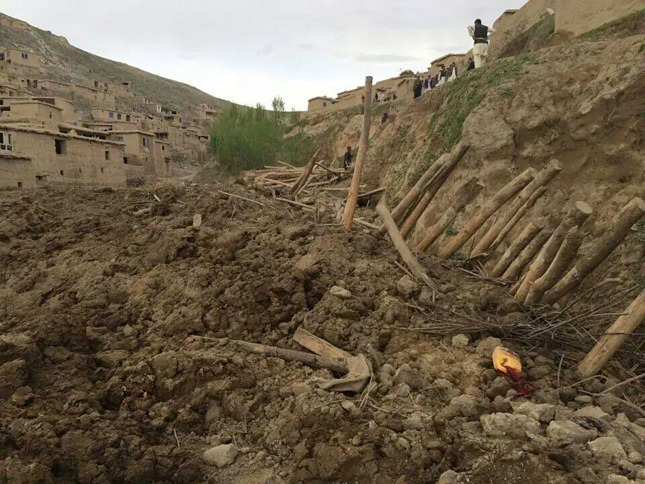 Villagers and a few dozen police, equipped with only basic digging tools, resumed their search when daylight broke but it soon became clear there was no hope of finding survivors buried in up to 100 metres of mud.

The United Nations mission in Afghanistan said the focus was on the more than 4,000 people displaced, either directly as a result of Friday's landslide or as a precautionary measure from villages assessed to be at risk.

The impoverished area, dotted with villages of mud-brick homes nestled in valleys beside bare slopes, has been hit by several landslides in recent years.

The side of the mountain above Ab Barak collapsed at around 11 a.m. (0630 GMT) on Friday as people were trying to recover belongings and livestock after a smaller landslip hit a few hours earlier

Hundreds of homes were destroyed in the landslides that were triggered by torrential rain. Officials worry another section of the mountainside could collapse.

The Afghan military flew rescue teams to the area on Saturday, as the remote mountain region is served by only narrow, poor roads which have themselves been damaged by more than a week of heavy rain.

"We have managed to get one excavator into the area, but digging looks helpless," Colonel Abdul Qadeer Sayad, a deputy police chief of Badakhshan, told Reuters.

He said the sheer size of the area affected, and the depth of the mud, meant that only modern machinery could help.

NATO-led coalition troops are on standby to assist but on Saturday said the Afghan government had not asked for help.

Hundreds of people camped out overnight in near freezing conditions, although some were given tents. Officials distributed food and water.

At least 100 people were being treated for injuries, most of them by medics who set up facilities in a stable building. 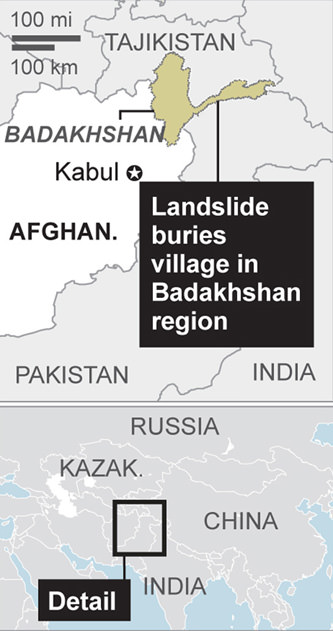