Mine collapse kills 17 in northern Afghanistan 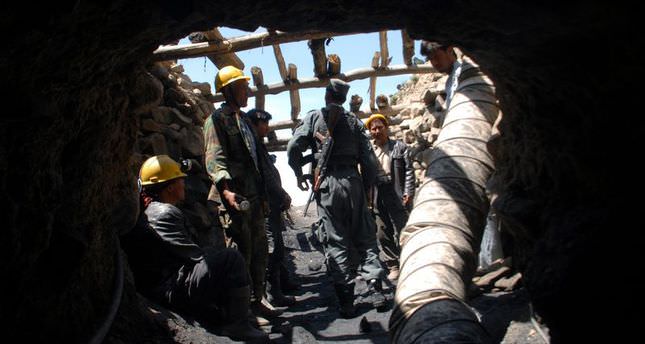 by May 02, 2014 12:00 am
KABUL — At least 17 people were killed in a mining accident in northern Afghanistan, local officials said Thursday.
The mine in Darah Sof Balla district in Samangan province collapsed Wednesday, while illegal mining was going on, according to Seddiq Azizi, a spokesman for the provincial governor. "After a rescue operation, 14 bodies were retrieved but three are still trapped there," he said. Azizi said all the workers were local residents. A local landowner named as Safi Karbalayee had been arrested in connection with the incident, he said. The government has banned mining in the area. Twenty miners were killed in a similar incident in Samangan last year.