Search for missing flight MH370 'could take a year' 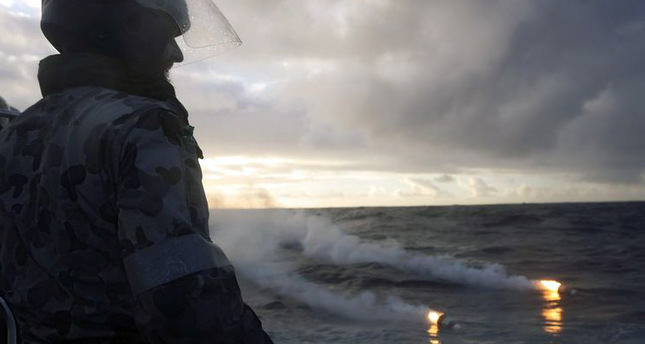 by Anadolu Agency May 02, 2014 12:00 am
KUALA LUMPUR — The official leading the hunt for the missing Malaysian airliner MH370 says a full search of the suspected crash area could take up to a year.

Speaking in Malaysia, Angus Houston said he was confident an "effective search" would find the plane.

Officials from Australia, China and Malaysia will meet in Canberra next week to discuss the ongoing search. On Thursday a report revealed a four-hour gap between MH370's disappearance and the start of a search operation.

The preliminary report, from Malaysia's transport ministry, also revealed that air traffic controllers did not realize the plane was missing until 17 minutes after it disappeared off radar.

The plane, carrying 239 people, disappeared over the South China Sea as it flew from Kuala Lumpur to Beijing.

Earlier this week, Australia announced that the operation was entering a new phase, after an initial search of the area where acoustic signals thought to be from "black box" flight recorders were heard found nothing.

Next week's meeting in Australia will help determine what happens next. "That's a very important meeting because it will formalize the way ahead to ensure that this search continues with urgency and doesn't stop at any stage," said Mr. Houston, a retired Air Chief Marshal.

"The search will take probably in the order of eight months, maybe eight to 12 months if we have bad weather or other issues," Mr Huston said.

"But we're totally committed to find MH370 and I'm confident that with an effective search we will eventually find the aircraft."