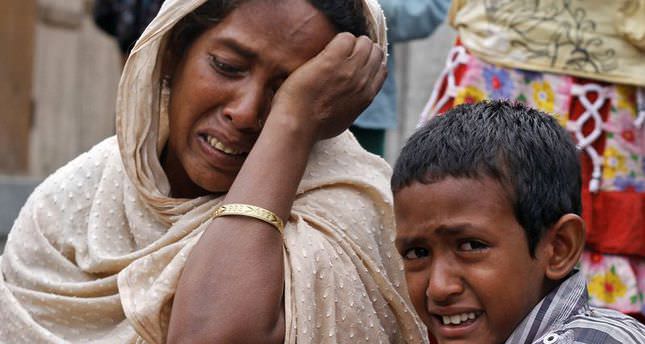 by May 07, 2014 12:00 am
GUWAHATI, India — Indian police searched for at least a dozen missing people on Wednesday after finding seven bodies floating down river from a national park in Assam where Muslim villagers were killed in a massacre that has marred the country's general election.

India is in the home stretch of a five-week election, which has heightened ethnic and religious tensions in some parts of the country, and in which a coalition led by the opposition Bharatiya Janata Party (BJP) could be within reach of claiming a parliamentary majority.

The worst election violence was in the northeastern state of Assam, where at least 41 people were killed by suspected militants belonging to the Bodo tribe in three massacres last week believed to be revenge attacks after Muslims voted against the Bodo candidate.

The brunt of the killing was in the village of Narayanguri on the banks of the Beki river and the fringes of the Manas national park, where masked gunmen burnt dozens of houses and shot more than 20 men, women and children. Villagers there insist more people are missing.