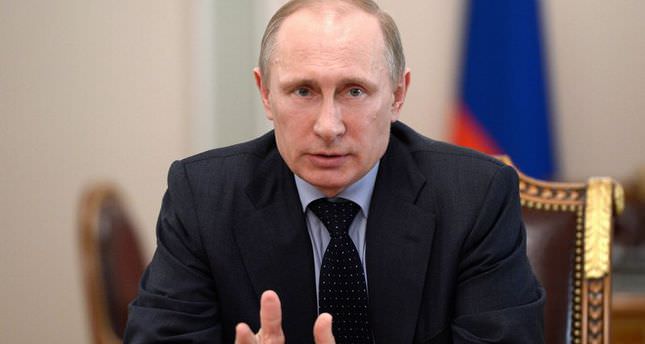 by AA May 08, 2014 12:00 am
MOSCOW — Russia has pulled all of its troops from its border with Ukraine, President Vladimir Putin said Wednesday, in a rare move to de-escalate tensions.

Putin urged Kiev to engage in dialogue with pro-Russian separatists in eastern provinces, while calling on separatists to delay a series of referendums scheduled for this weekend.

He also appeared to throw Russia's support behind Ukraine's upcoming presidential poll on May 25, calling it a "step in the right direction."

Kiev has looked vulnerable as the restive east show increasing signs of disconnect with the central government.