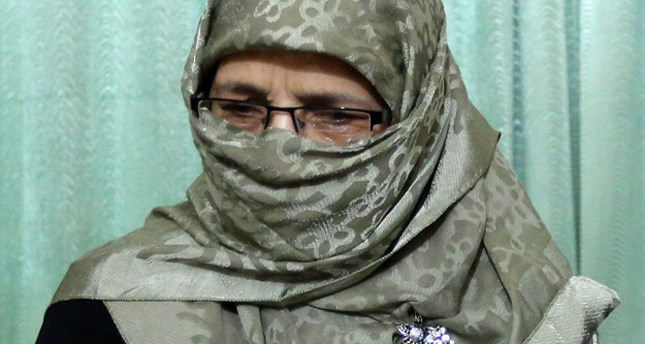 by AA May 09, 2014 12:00 am
DHAKA — The wife of a former Bangladeshi Islamist leader executed in December 2013 has called on Turkey to put pressure on Bangladesh's government to end alleged ongoing violence against rival political parties. Sanwar Jahan, the wife of Abdul Quader Mollah who was a leading figure in Islamist party Jamaat-e-Islami, told an Anadolu Agency correspondent on Friday that following her husband's execution, many people were shot by police.

Protests since Mollah's death have claimed that his execution was "politically motivated."

"The violence and cruelty of the existing government still continue," Jahan said.

Mollah was accused of being behind a series of killings, during the country's 1971 war for independence from Pakistan, including large-scale massacres in the Mirpur area of the capital Dhaka, which earned him the nickname butcher of Mirpur. Mollah's son Hasan Jamil said he, his brothers and uncle were detained when Mollah was executed and were not allowed to attend his burial.

"Mollah will be the spiritual leader of the movement and our challenge will decisively continue to establish Islam in the country," said Jamil.

Mollah was convicted by a special Bangladeshi domestic court, known as the International Crimes Tribunal, of atrocities he allegedly committed during the 1971 independence war from Pakistan.

Bangladesh says more than three million people died in its 1971 war for independence from Pakistan, although independent researchers put the death toll at about 500,000. The war was fought between pro-Independence groups and the Pakistan army who were supported by militias who were allegedly linked to Jamaat-e-Islami and its leadership.

Mollah was arrested on July 13 in 2010 in connection with an arson and murder case and was originally sentenced, in February 2013, to life imprisonment but the sentence was overruled and he was given the death penalty.