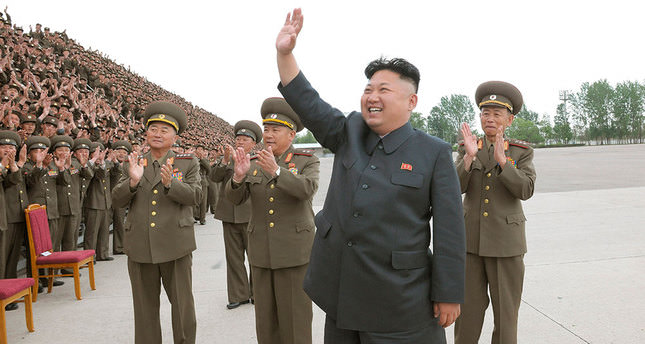 by May 10, 2014 12:00 am
SEOUL — North Korea renewed a threat on Saturday to conduct a nuclear test amid heightened concern that the reclusive state with a stockpile of missiles may set off an atomic device for the fourth time on the path to building a nuclear arsenal.

North Korea's official Rodong Sinmun newspaper said the country was justified in using all available means at its disposal to counter aggressive challenges by the United States and South Korea aimed at stifling its sovereignty.

North Korea clarifies "its resolute stand that it would take counter-measures including nuclear test to protect the sovereignty and dignity," the newspaper said in a commentary carried by the official KCNA news agency.

The threat comes days after statements by South Korea's defence minister that preparations for a new test appear to be near completion although analysis by an American thinktank last week suggested a test may not be imminent.

North Korea had stepped up the threat in March to show off its military strength to counter what it said was hostility led by the United States after the U.N Security Council condemned Pyongyang's launch of mid-range missiles into the sea.

"We would not rule out a new form of nuclear test for bolstering up our nuclear deterrence," it said in March.

North Korea is heavily sanctioned by U.N. resolutions adopted beginning in 2006 but has defied pressure to abandon its missile and nuclear programmes. It last conducted a nuclear test in February last year.

The impoverished state under young leader Kim Jong Un has channelled resources into building a nuclear arsenal and is believed to be working to miniaturise a warhead to mount on its long range missiles to try to strike the mainland United States.

But general consensus among experts and officials is it is some time away from perfecting the technology.

North Korea has recently conducted engine tests for an intercontinental ballistic missile that could potentially deliver a nuclear warhead to the United States, according to a U.S. thinktank.