Iran will not stop in pursuit of its nuclear program 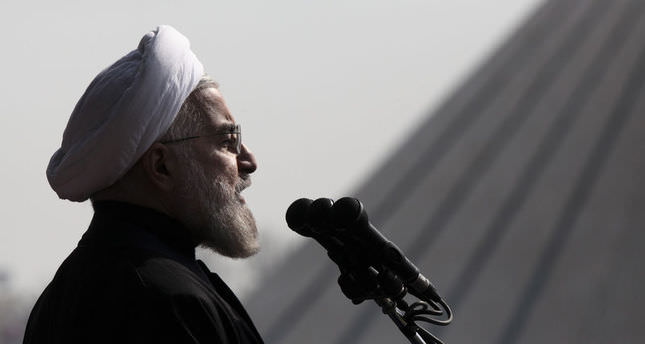 by AA May 11, 2014 12:00 am
TEHRAN — Iran will not step back from pursuing nuclear technology, nor will it give into discrimination in this regard, Iran's President Hassan Rouhani said Sunday.

Iran's nuclear activities are peaceful and in line with the Non-Proliferation Treaty and international regulations, he said, stressing that they have never intended to and will never pursuit weapons of mass destruction.

The two-day expert level meeting held in New York on May 6-7 aimed at contributing to the next and fourth round of senior-level negotiations in Vienna on May 13.

The world powers aim to curb Iran's nuclear activities while it is seeking a release from sanctions, which threaten to cripple its economy. Iran says its nuclear activities are peaceful and are aimed at electricity generation. However, the West suspects Iran of aiming to produce nuclear weapons with help from nuclear power-enriched uranium.

Iran though, has diluted half of its enriched uranium in accordance with an interim nuclear agreement the International Atomic Energy Agency reported April 17.

The agreement, signed in November 2013 by the P5+1 and Iran, requests Iran suspend its uranium enrichment activities and other certain aspects of its nuclear activities until July 20, 2014 in return for the easing of sanctions on the Islamic Republic.