India seizes $55 million destined to buy off voters in elections 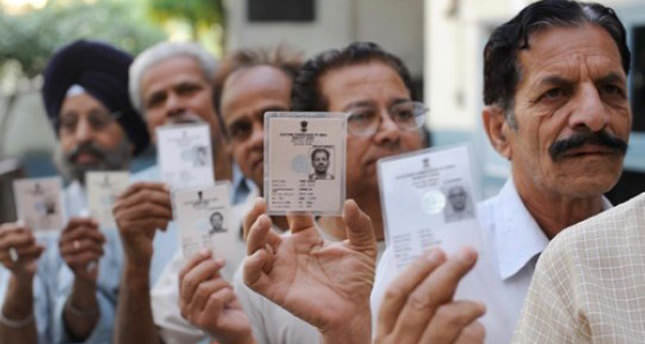 by May 12, 2014 12:00 am
NEW DELHI — Indian officials have seized a record $55 million in cash, as well as large amounts of liquor and illegal drugs, destined to buy off voters in India's election, the Election Commission said on Monday, as the mammoth vote drew to a close. The haul was the biggest in Indian electoral history, which has long been marred by allegations of politicians distributing cash, alcohol and food to win support.

At the last general election in 2009, authorities captured 1.9 billion rupees ($32 million) in cash intended to buy votes. Officials privately concede that the real total is far higher than that actually found.

The Election Commission also discovered 22.5 million liters (5.94 million gallons) of alcohol and about 185,000 kg of drugs during searches over a lengthy election campaign that included five weeks of actual voting to reach India's electorate of 815 million people.

Votes will be counted on Friday.

"It is a tough challenge for the Election Commission to check the use of 'money power'," said P.K. Dash, who leads the expenditure monitoring effort at the agency.

He said that more than 11,000 "flying squads" were deployed to record illegal behaviour, and thousands of checkpoints helped catch trucks ferrying liquor. Cash was found in many hiding places, including funeral vans and the door panels of cars.

The Election Commission set a campaign spending limit of 7 million rupees for each of the 543 parliamentary seats at stake in the 2014 election, but officials believe that many candidates spent several times that figure, much of it surreptitiously.

Andhra Pradesh state in the southeast of the country topped the "dirty money" list with $25.5 million of cash seized, more than five times the amount apprehended in the next highest state - Karnataka to the west at $4.7 million.

Much illegal funding for candidates in India's elections comes from businessmen and even corporations, analysts say, reinforcing the view of many Indians that an unholy nexus between business and politics lies at the heart of rampant corruption.

State funding has been mooted in the past as a way of curtailing illicit funding, but the idea has never taken off.

Critics say a first-past-the-post system for electing lawmakers means the pressure on candidates to outspend their rivals is intense. Political parties also end up fielding candidates who show they can pay their way, analysts say.