10 killed in US drone attack on Pakistan-Afghanistan border 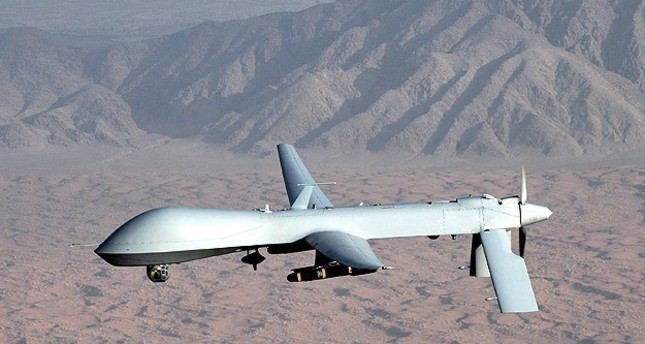 by AA May 14, 2014 12:00 am
KHYBER AGENCY, Pakistan — The death toll from a U.S. drone strike on a militant hideout near the Pakistan-Afghanistan border Wednesday morning has risen to 10, a security official said.

The drone fired three missiles on the suspected hideout in Nazyan, which falls in Afghanistan, just a few kilometers from the border with Pakistan, a Pakistani security official in the region told the Anadolu Agency on condition of anonymity.

Nazyan is also considered a base for Pakistani militants fighting security forces in the adjacent Khyber Agency -- a semi-autonomous tribal region in Pakistan -- under the banner of Lashkar-e-Islam group.