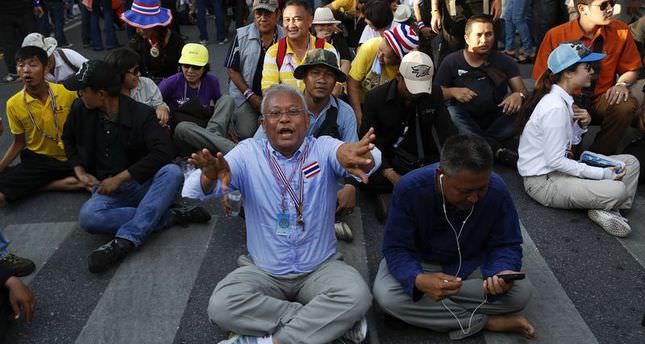 by May 14, 2014 12:00 am
BANGKOK — Thailand's interim prime minister will meet the Election Commission on Wednesday, in the hope of fixing a date for polls that the government sees as the best way out of the country's protracted crisis but its opponents will probably reject.

Six months of anti-government protests have brought sporadic violence to the streets of Bangkok, threatened to tip the economy into recession and even raised fears of civil war.

The crisis is the latest phase in nearly 10 years of hostility between the royalist establishment and Thaksin Shinawatra, a former telecommunications billionaire who won huge support among the rural and urban poor but angered the Bangkok-based elite and was deposed by the military in a 2006 coup.

Last week, the Constitutional Court threw Prime Minister Yingluck Shinawatra, Thaksin's younger sister, and nine of her cabinet ministers out of office for abuse of power.