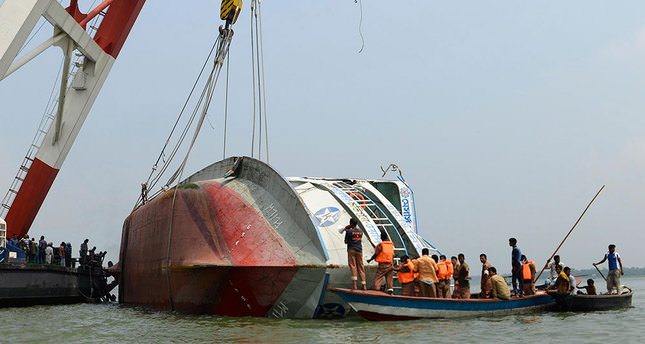 The private ferry capsized in the Meghna River Thursday on its way to the southern district of Shariatpur with around 300 passengers aboard.

Survivors and witnesses said the ferry sank as it was overloaded and hit by a storm.

Currently 53 bodies have now been identified and handed over to relatives.

The Bangladesh Inland Water Transport Authority also Saturday afternoon called of the search operation even though the authorities believe there are at least still 50 people missing.

The government has assembled an investigation team and requested a report be filed within seven days.

The incident is the second ferry accident within two weeks in Bangladesh.

At least 15 people died in a similar accident on the Golachipa River in the southern district of Patuakhali on 3 May.