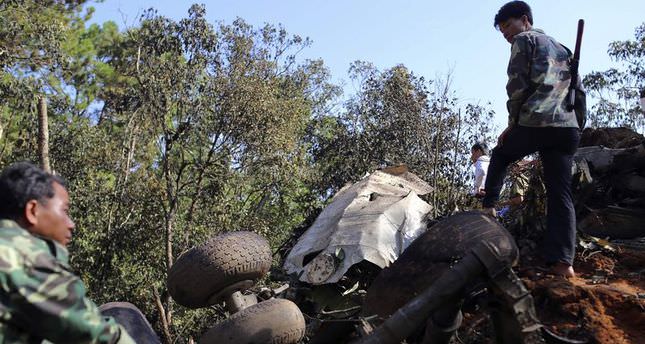 by May 17, 2014 12:00 am
BANGKOK — A Laotian air force plane with at least 14 people on board crashed on Saturday, a defense ministry source said, and a witness at the site said the defense minister was among the dead.

"A Laos air force plane has crashed on its way to Xiang Khouang province in the north of the country. The mayor of Vientiane, the defense minister of Laos and his wife were on board," the official told Reuters by telephone. Vientiane is the capital of Laos.

The official, who declined to be named because he was not authorized to speak to the media, said there were 14 people on board, but he had no further details.

A witness at the crash site told Reuters by phone that Defense Minister Douangchai Phicit had been killed. He said the plane went down near Nadee village in Xiang Khouang province, just 2 km (1.25 miles) from the airport it was heading for.

He had heard there may have been 20 people on board and that three were reported to have survived, but that has not been confirmed officially.

Thailand's Foreign Ministry said it had been informed by Laos's government that the plane was an AN74-300 craft and that it had crashed at 6:15 a.m (7.15 p.m. EDT on Friday).