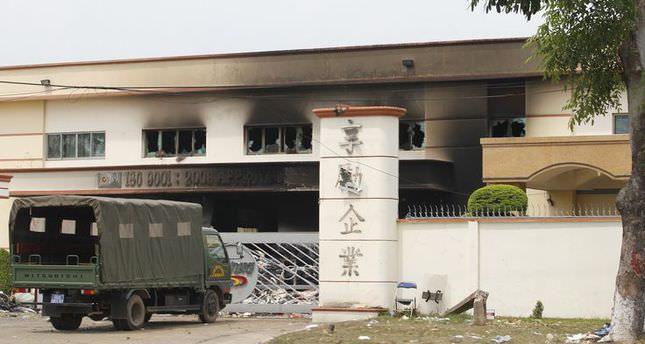 by Anadolu Agency May 18, 2014 12:00 am
HANOI — China is sending five ships to evacuate Chinese nationals from Vietnam following a wave of anti-Chinese riots.

Two Chinese workers have been killed and dozens more injured in unrest over a Chinese oil rig in disputed waters.
On Saturday the Vietnamese government called for an end to the protests.

Officials said "illegal acts" would be stopped as they could damage national stability.

However, dissident groups have urged people to rally again in major cities on Sunday and the authorities broke up some anti-China protests in Hanoi and Ho Chi Minh City.

Correspondents say the attacks appear to have worried authorities, as Hanoi depends heavily on foreign investment for economic growth. However, China has urged authorities to take tougher measures to punish rioters.

"We are strongly dissatisfied by the Vietnamese side failure to respond effectively to curb an escalation," Xinhua quoted security chief Guo Shengkun as saying on Saturday.

The protests have been triggered by China's decision to move its Haiyang Shiyou 981 oil rig into contested waters in the South China Sea.