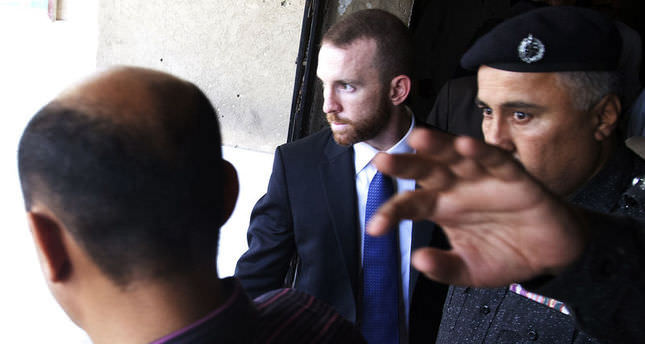 by AA
May 19, 2014 12:00 am
ISLAMABAD — A Pakistani court on Monday quashed a case against an FBI agent who had arrested two weeks ago for carrying firearm ammunition onto a plane in the southern port city of Karachi. The court thus ordered the authorities to release him.

The defense counsel presented a letter from the US Consulate, which was verified by the Pakistani Home department, before a judicial magistrate in Karachi pleading that the FBI agent, Joel Cox was allowed to carry weapon for his safety.

The court found that, after verification from the Home department, there was no need to carry on with criminal proceedings.

Many believe that the dismissal of the case of the FBI agent, who had been dispatched in Pakistan a few months ago, is the result of a backdoor deal between Pakistan and the US.

Initially, the Pakistani Foreign office spokesperson Tasneem Aslam had announced, during a press briefing, that Joel Cox was not a diplomat, and enjoyed no immunity at all.

The Home department then took two weeks to confirm that the detained FBI agent was in fact allowed to carry weapons.

Airport security had recovered a 9mm pistol and 15 bullets from his luggage on May 7.