Someone hiding something in MH370 case: Ex-Malaysia PM 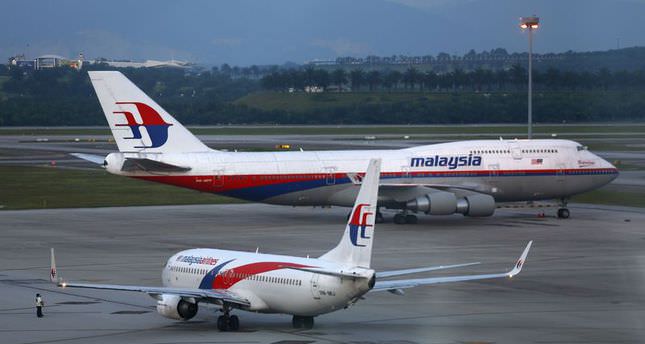 by AA May 19, 2014 12:00 am
KUALA LUMPUR — Former Malaysian premier Mahathir Mohamad accused Malaysia Airlines (MAS) critics of barking up the wrong tree Sunday, saying that instead of blaming the national carrier for Flight MH370's disappearance, they should instead be questioning aircraft manufacturer Boeing and "certain" international intelligence agencies.

"Someone is hiding something," he wrote on his personal blog chedet.cc. "It is not fair that Malaysia Airlines and Malaysia should take the blame."

In an 11-paragraph post titled "What goes up must come down," Mahathir stressed something was out of place in the investigation into the missing plane, suggesting that "for some reason" media will not print anything that involves Boeing or the CIA.

"They can land safely or they may crash, but airplanes do not just disappear. Certainly not these days with all the powerful communication systems which operate almost indefinitely and possess huge storage capacities," Mahathir wrote.

Stating that he believes the plane's tracking system was intentionally disabled, Mahathir questioned how that could possibly have been done.

"MH370 is a Boeing 777 aircraft. It was built and equipped by Boeing, hence all the communications and GPS equipment must have been installed by Boeing," he said. "If they [communications and GPS ] failed or have been disabled, Boeing must know how it can be done and surely Boeing would ensure that they cannot be easily disabled as they are vital to the safety and operation of the plane."

He added that in 2006, Boeing received a U.S. patent for a system that, once activated, removes all control from pilots to automatically return a commercial airliner to a pre-determined landing location.

If terrorists attempt to gain control of the flight deck, the "uninterruptible" autopilot would be activated -- either by pilots, on board sensors or even by radio or satellite links by government agencies like the Central Intelligence Agency, he wrote, citing a John Croft bylined Flightglobal.com article from 2006.

"Clearly Boeing and certain agencies have the capacity to take over 'uninterruptible control' of commercial airliners of which MH370 is one," Mahathir -- prime minister from 1981 to 2003 -- wrote.

Mahathir said attempts to detect the plane by looking for debris and or an oil slick were a waste of money, adding that this was not an ordinary crash and that the plane was "somewhere, maybe without MAS markings."

"Boeing should explain about this so-called anti-terrorism auto-land system," he wrote. "I cannot imagine the pilots made a soft-landing in rough seas and then quietly drown [sic] with the aircraft."

After disappearing March 8 after losing radio contact with Malaysian and Vietnamese air traffic control, a major international search effort has so far found no sign of the missing plane.

The Beijing-bound flight carrying 239 passengers was on its way from Kuala Lumpur International Airport to Beijing. On board were 12-flight crew and 227 passengers from 14 different countries.

Acting Transport Minister Hishammuddin Hussein said Thursday that all air and surface searches had been suspended and the focus would now be on undersea operations.

The Malaysian government has been heavily criticized over its handling of the search effort.