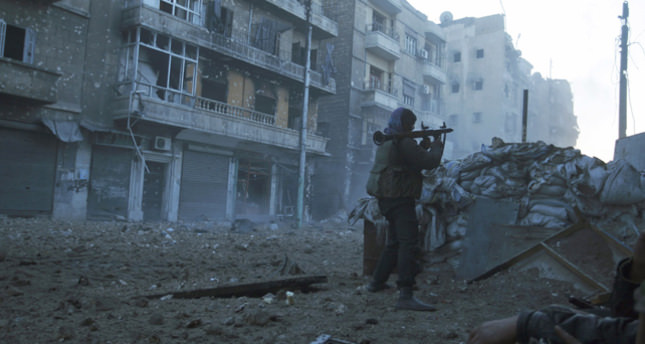 by Daily Sabah May 20, 2014 12:00 am
SYRIA — More than 162,000 people have been killed in Syria since the conflict broke out in March 2011, the Britain-based Syrian Observatory for Human Rights said in a new toll published yesterday. The Britain-based monitoring group, which relies on a network of sources on the ground, said it had documented the deaths of 162,402 people. Among them were 53,978 civilians, including 8,607 children. The group said 42,701 opposition members had been killed, including more than 13,500 fighters from jihadist groups like the al-Qaeda affiliate al-Nusra Front and the Islamic State of Iraq and the Levant, or ISIL.

The new toll includes 61,170 regime forces, 37,685 of them from the military, and 23,485 members of a pro-regime militia. The Observatory also documented the deaths of 438 members of Lebanon's Hezbollah movement, which is fighting alongside the regime, and 1,224 other non-Syrian proregime fighters. The toll also includes 2,891 unidentified people whose deaths the Observatory has confirmed without being able to record their identities.

The last toll from the Observatory, issued at the beginning of April, stood at just over 150,000 people. The conflict in Syria erupted in March 2011, with peaceful anti-government protests that the authorities responded to with force. It has also displaced nearly half the country's population.
Last Update: May 20, 2014 1:37 am
RELATED TOPICS