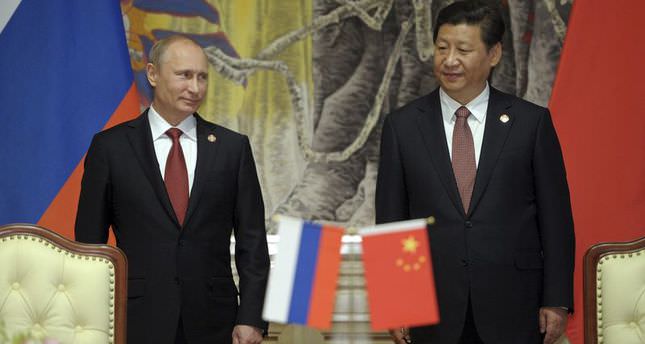 by May 22, 2014 12:00 am
MOSCOW — Russia will invest US$55 billion and China roughly US$20 billion in order to realize their US$400 billion gas supply contract, Russian President Vladimir Putin said Wednesday.


Russia's Gazprom and China's National Petroleum Corporation during the "Conference on Interaction and Confidence Building Measures in Asia" in Shanghai, signed a deal that will see Russia supply China with gas for 30 years.

Aleksei Miller, Gazprom's Chief Executive, told reporters that nearly 38 billion cubic meters of natural gas are expected to be exported to China annually. Miller added that this amount could be increased to 60 billion cubic meters later on. However, the pricing remained undisclosed.

Russia plans to use the expanded versions of the "Power of Siberia" and "Altai" pipelines to bring the gas to China.

"Power of Siberia" transports the gas exploited from the northeastern Yakutia and the Irkutsk region via Khabarovsk to Vladivostok. The "Altai" pipeline will transport gas from Western Siberia.