Thai coup leader: Don't protest, it's no use 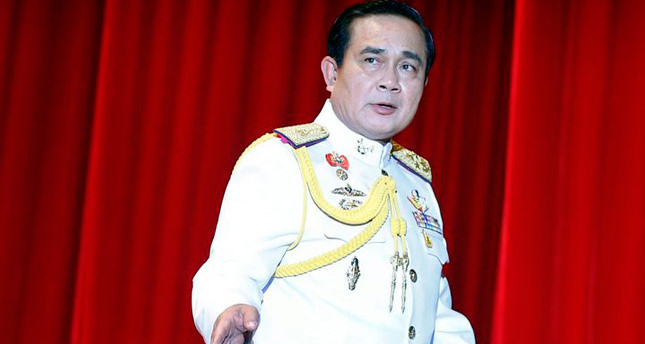 by May 26, 2014 12:00 am
BANGKOK — Bolstered by a royal endorsement Monday to run the country after last week's coup, Thailand's junta leader warned citizens not to cause trouble, not to criticize, not to protest - or else face a return to the "old days" of street violence.

Dressed in a crisp white military uniform, Gen. Prayuth Chan-ocha said he had seized power to restore order after seven months of violent confrontations and political turmoil between the now-ousted government and demonstrators who had called repeatedly for the army to intervene.

"I'm not here to argue with anyone. I want to bring everything out in the open and fix it," Prayuth said in his first news conference since taking power last Thursday." Everyone must help me," he said, before adding: "Do not criticize, do not create new problems. It's no use."

In a gruff, 20-minute appearance, Prayuth warned the media and social media users to avoid doing anything that could fan the conflict. He also called on anti-coup protesters who have staged small-scale demonstrations in Bangkok and several other cities for several days to stop.

Earlier Monday, King Bhumibol Adulyadej officially endorsed Prayuth to run the country in a royal command that called for "reconciliation among the people."

Thursday's coup, Thailand's second in eight years, deposed an elected government that had insisted for months that Thailand's fragile democracy was under attack from protesters, the courts, and finally the army that had rendered it powerless.

The country is deeply split between an elite establishment based in Bangkok and the south that cannot win elections on one side, and a poorer majority in the north that has begun to realize political and economic power on the other.