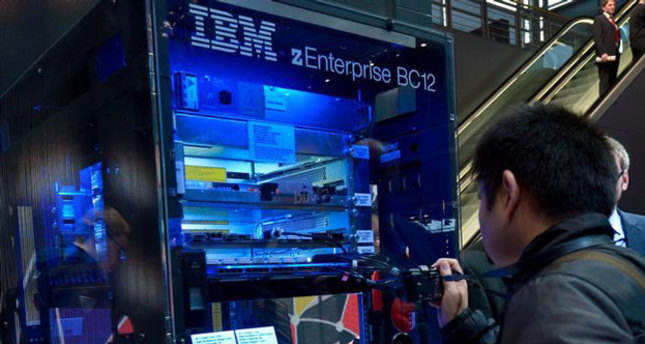 by May 27, 2014 12:00 am
BEIJING — The Chinese government is pushing domestic banks to remove high-end servers made by International Business Machines Corp (IBM.N) and replace them with a local brand, the latest move by Beijing over U.S. spying claims, Bloomberg reported on Tuesday.

The news comes a day after China accused the United States of "unscrupulous" cyber surveillance that included large-scale computer attacks against the Chinese government and Chinese companies. Government agencies, including the People's Bank of China [CNBNK.UL] and the Ministry of Finance, are reviewing whether Chinese commercial banks' reliance on the IBM servers
compromises the country's financial security, the report said citing people familiar with the matter.

A spokesman at the National Development and Reform Commission said the country's top economic planner has not told companies to change their IBM servers, nor received orders from higher levels of the government to do so.

The results of the government review will be submitted to a working group on Internet security chaired by Chinese President Xi Jinping, Bloomberg reported.

Sources at China's "big four" state-owned banks said they had no knowledge of the reported pressure for a technology change, saying any replacement of banks' systems is not an easy task.

"We haven't heard about the order," an official at one of the bank's IT department said, declining to be identified because he is not allowed to speak to the media.