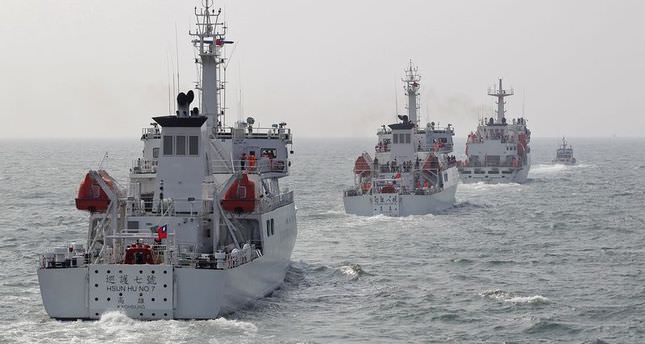 by AA May 27, 2014 12:00 am
BEIJING — The first phase of oil drilling in the disputed South China Sea has just been completed by state-owned China Oilfield Services Limited, the company announced.

The drilling near the Paracel Islands has been controversial in the past with a border war erupting between China and Vietnam in 1979. Chinese drilling activities started in early May, the first phase is now complete and is expected to finish in mid-August.

Meanwhile, a collision between a Vietnamese fishing boat and a Chinese one Monday resulted in the sinking of the Vietnamese vessel around 18 miles away from a US$1 billion rig owned by China's state-run CNOOC oil company set up earlier this month.

Vietnam accused the Chinese vessel of ramming into the Vietnamese boat and causing the most critical crisis between the countries since 2007.

Meanwhile, China's official Xinhua News Agency said the Vietnamese craft was overturned because it harassed a Chinese fishing boat in the area.

Beijing claims that 90 percent of the oil-and gas-rich South China Sea belongs to China, despite territorial claims by other countries including the Philippines, Vietnam, Malaysia, Brunei and Taiwan.

Vietnam has condemned Beijing's drilling mission in what it claims are "its waters."

The disputed area between the two communist nations fell under Beijing's control in 1972.

Vietnam has 29 armed naval and coast guard ships near the new platform, which China regards as a "display of power" aimed at forcing it to withdraw the oil platform.