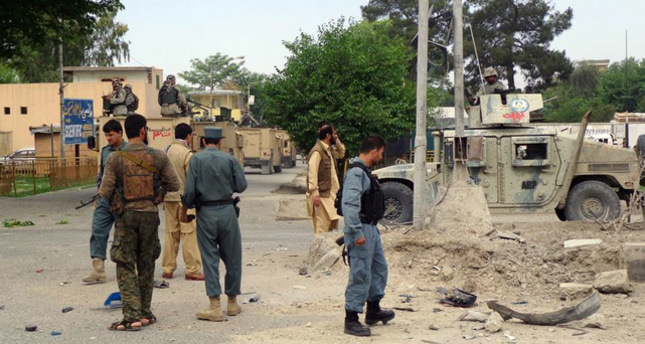 by AA Jun 02, 2014 12:00 am
ANKARA — Turkey has strongly condemned an attack in eastern Afghanistan that killed three Turkish engineers and left another Turk and an Afghan child wounded early Monday.

The blast occurred at around 7:15 am near Jalalabad city in the Ningrahar province, the spokesperson for Ninghrahar's governor Ahmad Zia Abdulzai told.

"A suicide bomber using a motorcycle cart full of explosives has attacked a Corolla car of Turkish engineers that killed three of them and wounded one," he said.

Fuat Tas, the project manager, Umit Unal and Halil Gul were working for the EMTA construction company which was building a logistics facility for the Afghan security forces in the Behsud district.

Another Turk Ahmet Sahinoglu was wounded in the head and and is said to be in a stable condition after being given first aid in Jalalabad, the ministry said.

"We strongly condemn this attack on civilian engineers," Abdulzai said. "The enemies of Afghanistan does not want peace and development for Afghans, that is why they attack development workers."

Afghanistan's Ministry of Interior also released a statement saying it condemned the attack, which no group has yet claimed responsibility for.