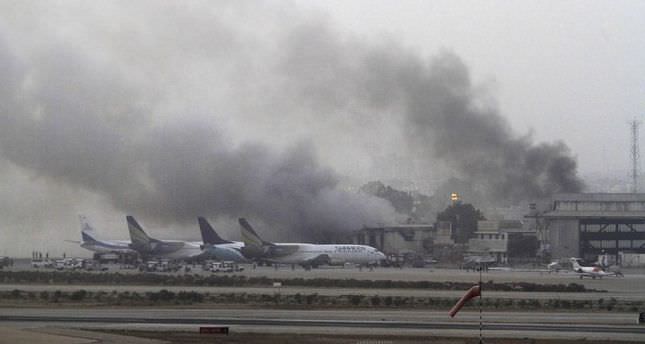 by Jun 12, 2014 12:00 am
Ten militants were killed in this year's first two drone strikes in Pakistan, officials said on Thursday, six months after the attacks were suspended by Washington to give it space to pursue peace talks with the Taliban.

Just days after a deadly Taliban attack on Karachi airport, two top government officials told Reuters the drone strikes were carried out this week as a coordinated "joint Pakistan-U.S. operation".

Military sources said six militants including four Uzbeks were killed in the first strike on Wednesday around five km north of Miranshah, the capital of the North Waziristan tribal region where Taliban insurgents are holed up.

The second attack killed four militants in the same area around 2 a.m. on Thursday.

The strikes are the first in the nuclear-armed South Asian nation since an attack in December last year in which three suspected militants were killed.

At least 38 people, including 10 insurgents, were killed when militants raided the country's busiest airport on Sunday night, an attack which all but destroyed any hopes for a peace settlement with the Taliban.

Two top government officials said Pakistan had given the Americans "express approval" for the latest strikes - the first time Pakistan has admitted to such cooperation.