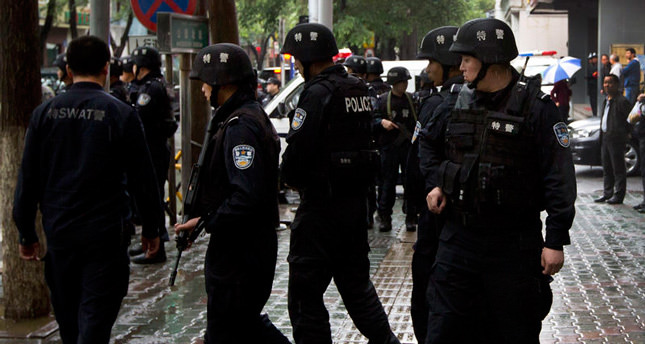 by Jun 12, 2014 12:00 am
At least six people died in two clashes between police and ethnic Uyghurs, in the latest sign of unrest in East Turkestan (China's far western region of Xinjiang), US-based Radio Free Asia said on Thursday.

Police in southern Xinjiang's Shufu, or Konasheher, county in Kashgar prefecture opened fire after a group of Uighur men stabbed to death an officer following a security check last week.

The men attacked the police with knives and sticks after they were angered by officers lifting a woman's veil during a visit to her house, it quoted local police as saying by telephone.

China has launched a major crackdown on terrorism and separatism in Uyghur region Xinjiang following a spate of recent attacks that were blamed on ethnic Uyghurs from the region, including one that left 39 dead and 94 injured in Urumqi, the regional capital, on May 22.

Police have arrested hundreds of terrorism suspects in the past few weeks. Human rights groups have criticized the mass arrests and the speed of the judicial process against the suspects.

Uyghurs make up about 8 million of Xinjiang's 21.8 million people.

Many Uyghurs complain of cultural and religious repression, and say that ethnic Han Chinese migrants enjoy the main benefits of development in the oil-rich but economically backward region.