Thai junta to set up interim government in 3 months 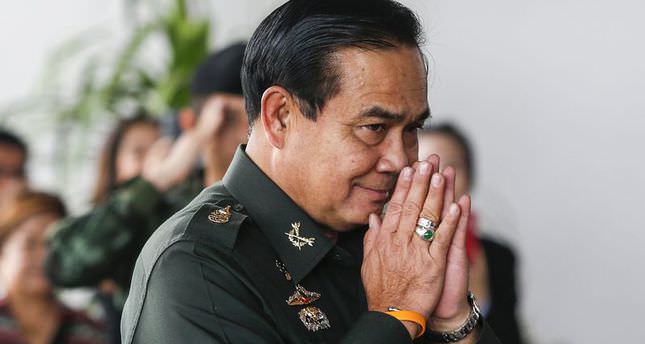 by AA Jun 13, 2014 12:00 am
The head of the Thai junta, General Prayuth Chan-ocha, has for the first set a precise date for the establishment of an interim government, saying during a televised meeting Friday it will be in place "at the very latest in September."

Until Friday, Chan-ocha had been vague about the political calendar, saying only that a "cooling off" period of three months was necessary before thinking about establishing a new administration.

However, during a meeting Friday on the 2015 budget -- broadcast live on the TV military channel -- Chan-ocha said in his introductory address that"an interim government will be set up by August, or at the very latest September."

He also affirmed by that time an interim constitution will have been drafted and a National Legislative Assembly formed.

Chan-ocha repeated that elections will take place at least a year after that.

The military leaders have said that the first three months after the May 22 coup will be devoted to a cooling of political temperatures, and fostering reconciliation.

In a "second phase," a national reform council will discuss and implement political reforms -- a process which would take at least a year.
It is only after this period that what the junta calls "fully democratic elections" will be organized.

Foreign governments, led by the United States and European countries, have been pushing the junta to precisely lay out its political calendar.

Chan-ocha's military launched its coup after six months of bloody protests by anti- and pro-government protesters.

Anti-government -- "Yellow Shirts" -- protesters had taken to the streets first to denounce an amnesty bill that would have allowed former prime minister Thaksin Shinawatra -- a divisive figure in Thai politics -- to return from exile, and then to call for the government to be dismissed.

Protesters disrupted February 2 elections, which were later nullified by the Constitutional Court, the same court then removing then-prime minister Yingluck Shinawatra, Thaksin's sister, for abuse of power May 7.

The government, however, survived, Yingluck succeeded by one of her ministers, who was then overthrown in the coup.