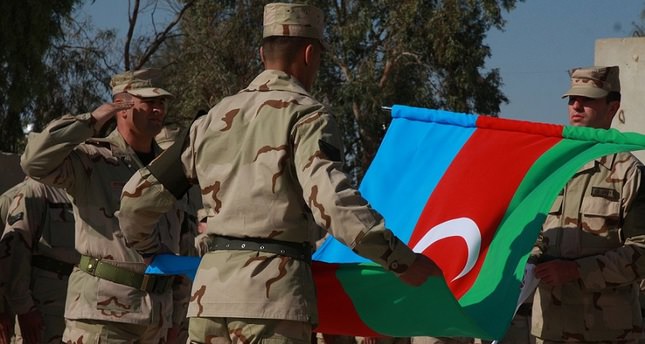 by AA Jun 16, 2014 12:00 am
BAKU — An Azerbaijani soldier has been killed by Armenian troops in a border incident, the Azerbaijan Ministry of Defense announced on Monday.


The ministry said Private Fazil Kerimov, 20, was killed and extended its condolences to his family and relatives.
Azerbaijan and Armenia, two former Soviet republics, fought a war over the disputed region of Nagorno-Karabakh between 1988 and 1994.
Efforts to resolve to the dispute have so far failed and there have been several border clashes since a ceasefire was signed. The two countries have no diplomatic relations.
Last Update: Jun 16, 2014 1:46 pm
RELATED TOPICS