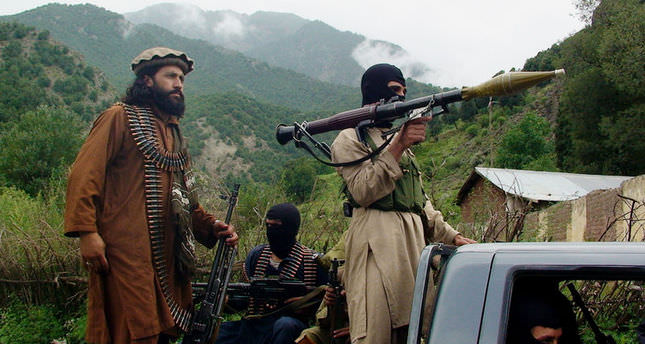 by AA Jun 16, 2014 12:00 am
Pakistan's main Taliban coalition has warned foreign investors, multi-national companies and foreign airlines to sever their commercial ties with Pakistan and leave the country "as soon as possible" on Monday.

The Tehrik-e-Taliban Pakistan's spokesperson Shahidullah Shahid said in a letter to the media that the group was in an open war with the government and army, who announced a "decisive war" against the Taliban in northwestern North Waziristan region had begun on Sunday.

Shahid said they would strike "wherever they want" and that foreign companies who did not leave would be responsible for the loss of lives and their property.

"We warn all the foreign investors, companies, and airlines to suspend their commercial activities in Pakistan as soon as possible and leave the country as soon as possible," said Shahid. "We also know that the profits of your commercial and trade activities in Pakistan are being used to kill innocent people in North Waziristan. Therefore, the TTP will not spare any such corporation."

Shahid added that the Taliban were fully prepared for the military onslaught and would retaliate to the army air strikes by attacking government and military installations across the country.

Six army troops involved in the North Waziristan operation were killed and three injured by a remotely-detonated blast on Monday, officials said.

The bomb was planted along a road in North Waziristan town Ghulam Khan, which lies on the border with war-stricken Afghanistan, a senior military official told AA, wishing not to be named.

Army troops are advancing carefully through North Waziristan as militants are expected to use hidden Improvised Explosive Devices, especially in remote towns.