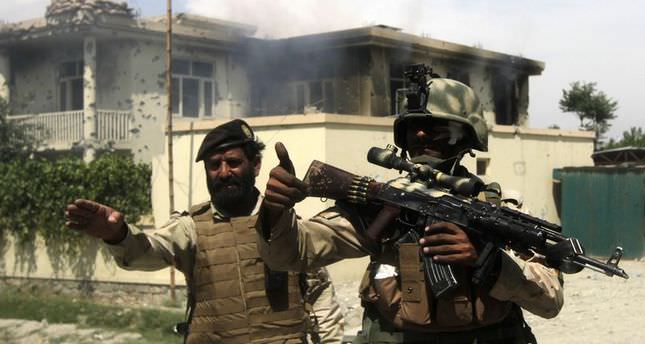 by Jun 22, 2014 12:00 am
Taliban militants fired eight rockets into a NATO air base at one of Afghanistan's main airports on Saturday evening, provincial authorities said.

While there were no casualties or damage to buildings at the base at Jalalabad airport, the attack comes just two weeks after militants attacked Pakistan's Karachi airport, killing dozens.

Haji Mohammad Sediq, the district governor of Behsud in eastern Nangarhar province said one or two of the missiles landed near the U.S.-run military airfield.

The Taliban claimed responsibility, saying it had executed eight heavy explosions inside the airfield.

The Pakistani Taliban claimed the attack on Pakistan's busiest airport. The groups share a similar jihadist ideology but operate as separate entities.

Afghanistan's Taliban have sustained a high level of violence even as most foreign troops are due to pull out of the country this year, leaving Afghan security forces to face the insurgents on their own.

In a separate attack on Saturday in Nangarhar province, at least four people including a police official were killed when a bomb exploded near a police checkpoint in Jalalabad city.

"Its target was a police check post in that area but most of its victims are innocent civilians," Ahmad Zia Abdulzai, a spokesman for the Nangarhar governor said.