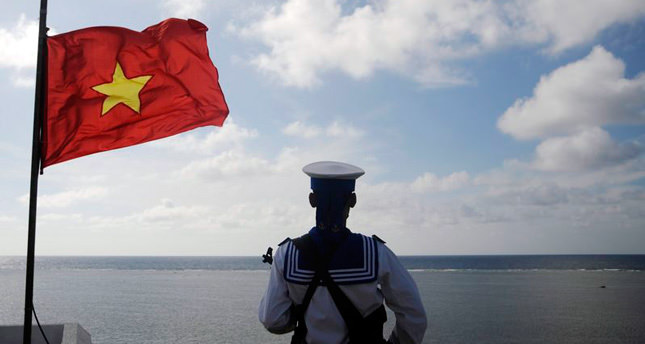 by Jun 27, 2014 12:00 am
Five Chinese fishermen are missing after a trawler sank on Friday in waters to the north of islands disputed with Japan in the East China Sea in what appeared to be an accident, state media said.

The boat sank in the morning, north of the islands, which China calls the Diaoyus and Japan the Senkakus, the official Xinhua news agency said, citing naval sources.

The dispute over the Japanese-held islets, where Chinese and Japanese ships regularly engage in a cat-and-mouse game, has raised fears of a clash between Asia's biggest powers that could even drag in the United States.

The People's Daily, the official newspaper of China's ruling Communist Party, said on its microblog that the trawler Minxiayu 01003 had taken on water while it was fishing and sunk.

A nearby Chinese naval ship went to the scene and rescued five sailors while another navy ship is helping to look for five who are still missing, it added.

Japan's Coast Guard said it had sent an aircraft and a patrol boat to the area, about 120 km (75 miles) to the north of the uninhabited islands, which it said were in international waters.

China also claims almost the entire South China Sea, rejecting rival claims to parts from Vietnam, the Philippines, Taiwan, Malaysia and Brunei in one of Asia's most intractable disputes and another possible flashpoint.