Building collapses in India kill at least 19 and trap dozens 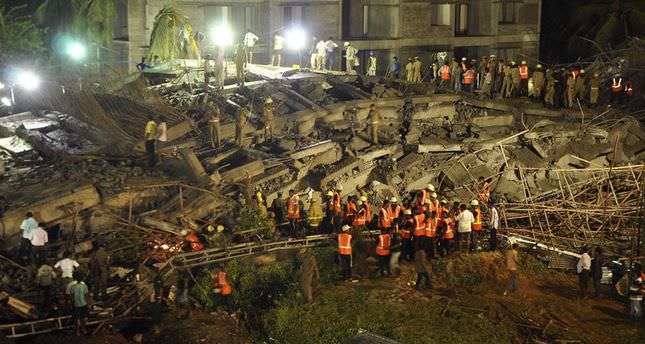 by
Jun 29, 2014 12:00 am
Rescuers using gas cutters and shovels are searching in rubble for more than a dozen workers feared trapped in the second of two building collapses in India that together have killed at least 19 people.

The 12-storey apartment under construction collapsed late on Saturday while heavy rains and lightning were pounding the outskirts of Chennai, the capital of southern Tamil Nadu state.

Police say four workers died on the spot and another four died later in a hospital, while 26 have been rescued and the search is continuing for more than a dozen others.

Earlier in the day, a four-storey, 50-year-old structure toppled in an area of New Delhi inhabited by the poor, killing 11, while one survivor is being treated in hospital.