Tokyo man sets himself on fire in protest against Abe 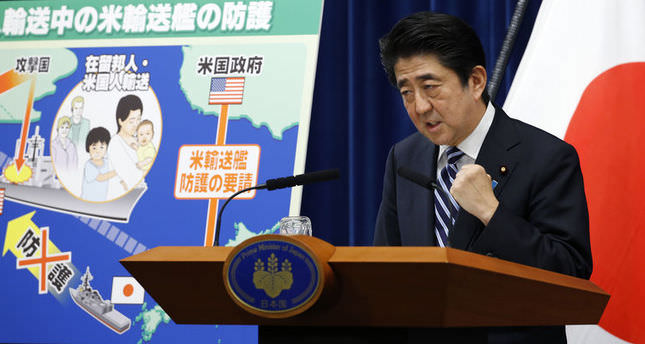 by Jun 29, 2014 12:00 am
A Japanese man set himself on fire in central Tokyo on Sunday after giving a speech opposing Prime Minister Shinzo Abe's plan to reform the country's pacifist constitution, police and reports said.

The middle-aged man doused himself in what appeared to be petrol before setting himself alight outside the main train station in Shinjuku, one of Tokyo's busiest shopping and entertainment districts, the Metropolitan Police Department said.

The man was taken to hospital with burns and his condition was not immediately known, police added, without giving further details.

Such incidents are extremely rare in Japan.

The Jiji Press news agency reported that the man, presumed to be in his 50s or 60s, climbed the frame of a pedestrian bridge and spoke through a megaphone for about an hour against Abe's drive to expand the use of Japan's military.

Photos on Twitter showed the man dressed in a dark suit and tie. Two plastic bottles were beside him.

The premier is pushing to reinterpret Japan's strict pacifist constitution to allow its well-equipped armed forces to fight in defence of an ally, something currently prohibited.

Social networks were abuzz with reports and photos about the fire which happened in front of several passers-by.