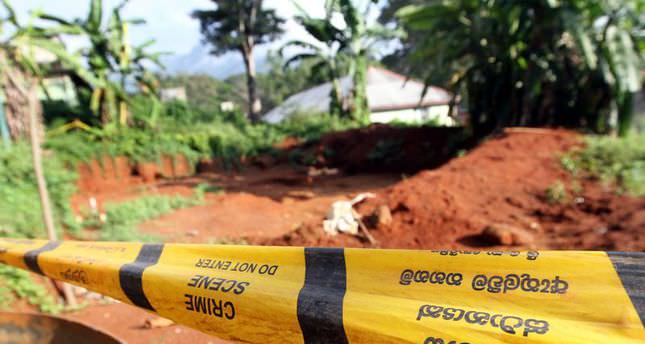 by Jul 01, 2014 12:00 am
A magistrate has postponed Tuesday's scheduled start of an operation to exhume a suspected mass war grave on Sri Lanka's east coast after police said they needed more preparation time, an official said.

Authorities had been due to begin excavating part of a beach in Kalavanchikudy district after a resident petitioned the local court, claiming the site contained the remains of around 100 Muslims who were killed 24 years ago at the height of Sri Lanka's ethnic war.

But after visiting the site, the magistrate agreed to allow the start to be delayed until August 18, giving police more time to secure the services of forensic experts.

"Police wanted more time," a court official told AFP by telephone from the site, around 330 kilometres (200 miles) east of the capital Colombo. "So the digging was postponed."

Sri Lanka's 37-year civil war, which ended in 2009, mainly pitted the majority ethnic Sinhalese, who are Buddhists, against the minority Tamils, who are mainly Hindus and live in the north.

Muslims, who account for around 10 percent of the population, largely avoided being caught up in the fighting. But there have been allegations that the Tamil Tigers rebels carried out several massacres of Muslims in the east as part of their push to create a separate Tamil homeland.