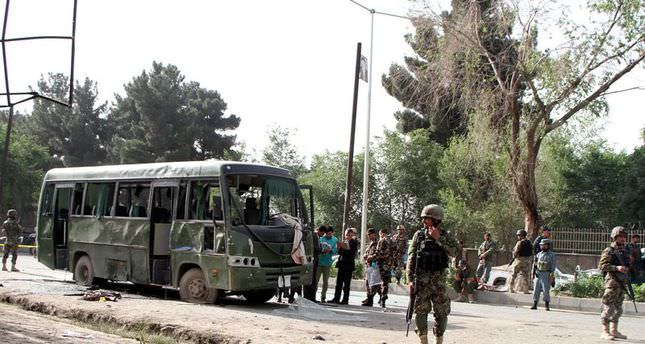 The Taliban claimed responsibility for the attack, with a spokesman for the insurgents, Zabihullah Mujahid, confirming that the air force bus was the target.

The attack came as the country struggles through its first democratic transition of power, with one of the candidates in last month's presidential runoff alleging fraud. Abdullah Abdullah, a former foreign minister and one of two candidates vying to succeed President Hamid Karzai, has warned he will boycott the results of the June 14 balloting.