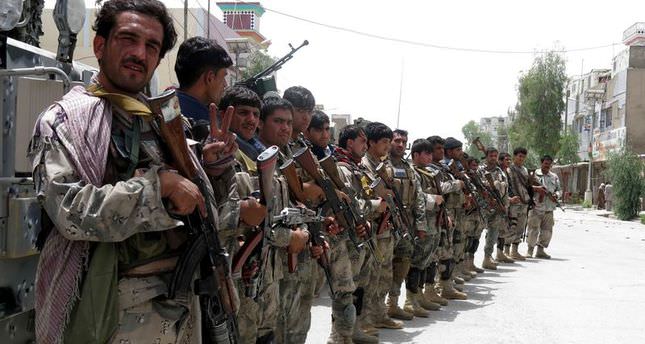 by AA Jul 05, 2014 12:00 am
At least 20 Taliban fighters were killed Saturday in clashes between the militant group and security forces in Afghanistan, according to officials.

During an operation by security forces in the Jorm district, 14 militants were killed and 12 were wounded, the Badakhshan Governor's spokesman, Ahmad Navid Furuten, told The Anadolu Agency.

The clash lasted for six hours, he said.

Furthermore, Herat police department spokesperson Abdurauf Ahmadi said that six militants were killed and seven were wounded during clashes there.